Hey, crew. Steph here, and I recently spoke at a recruitment agency in the city in the Sydney CBD, called Sirius People. I was blown away by the culture and the experience Sirius has created for their office. They do Tech Talks once a quarter and I was lucky enough to be asked to speak on leadership for International Women’s Day.

So of course, I themed my presentation for International Women’s Day: Ladies Who Lead, and had some tremendous feedback. Which is awesome! I love that people come up to me after an event and tell me what one thing which made the biggest impact.

Do you often catch yourself saying. “How can I be a better leader?” Well, here are 11 Leadership Tips for Ladies Who Want to Lead.
PS. Men – Ahoy there! Pssst – this also applies to you. So read on.

If there was one single mantra in my life and that is to just jump in and get cracking before you feel you’re ready. If you tend to sit back you’re never going to be that person that you want to be. Just start putting your hand up and start stepping in and get in the vehicle and just get it going. This train is moving down that track, and you just want to get on it, and head to the front of the train.

Among the people who are the most successful and happiest, and the people that are contributing the most in society, all have one thing in common. It’s that they all start before they’re ready. So if you want to be one of these movers and shakers, then you need to quit standing on the sideline and move forward, and just get uncomfortable.

The Enemy is Fear.

What I want to put forward here is that you should follow your fear. And that’s just not a fear of like, jumping in front of a bus and hurting yourself. No, that’s silly fear. You should not do that.

Seriously. Dive in and kick fear in the butt. And face your fears. And again, be uncomfortable with being comfortable. Like, get in there, be more uncomfortable more often, and you will grow to be more comfortable in more places, yeah?

Don’t Give your Power Away.

So if you believe something so strongly, follow it. And if you overhear someone being like, “Oh my God, Steph could never do that.” Stick to your beliefs.
Know that it’s not what you believe. I believe I have the power, and I’m gonna follow that power. And I’m gonna thrive.

Be hungry and choose to stay hungry. And stay on the edge because you’re gonna stay relevant. And you’re going to stay hungry for the next big thing. You know, when you sit back and relax, you’re like, “Whatever, I’m all good.” You tend to lose your sharpness, and you lose your hunger. So if you stay on the edge, and you stay, like focused and up for a challenge, then you will forever be hungry.

Take a moment and stop and smell the roses. Consider where you’ve come from, and where you wanna go, and be like, “I have come so far.” Don’t just focus on what you’re doing today and what you’ve achieved today. Think about all the things you’ve ever achieved, and put yourself and your life into perspective.

Sit at the Table
If you wanna lead more often, then make sure you put yourself in place visually so others start to see it too. I like to get to a meeting early and set myself up so that I’m sitting at the head of the table. So that you can start controlling the meeting.

You can’t lead from the sidelines. You want to be the head of the table and facilitate the meeting – take charge. When people see you’re leading they’re going to visually see that you were the leader of that meeting. And holy cow, you’re the boss.

Empower other men too – yeah. Let’s not be sexist. The point here that I wanted to make is that, typically men, in an office scenario, someone gets a raving review or they’ve been promoted. And it’s like, yeah, man! Like good work. Whereas when women get promoted, it’s like, “Oh my God, who is she sleeping with?” Shhh, do not do that. Ladies, come on. Let’s get together. Let’s help motivate each other to all move in the same direction. And that direction is up.

Don’t be Afraid to Fail.

Failure is actually the best thing for you. And the more you fail, the better. I’m just thinking back to when someone came up to me after the speech and was like, “Oh my God, fail often.” And I’m like, “Yes, dude.” He’s like, “I wish I had that as a post-it note from you. Thank you so much for telling me to fail, and it’s okay to fail. And fail as often as possible.”

I think when we are growing up, we’re told not to fail. And failure is bad, and you always have to have success. But actually, the more often you fail and learn from your failures, the faster you’re going to find your success. Because obviously, if you’re not failing at anything, and you’re not falling over, then you might just be tippy toeing and playing it safe – playing it nice and easy. But if you go all in for the tackle, or if you go all in for that big gig, or that big pitch, and you’re not afraid to fail, what’s the worst thing that could happen? You’ll attract more opportunities your way.

Stop craving the likes and the love. Not everybody needs to love you, and not everybody needs to like you. The only person’s opinion that matters is yours. And the more comfortable you are with yourself, the more you’re gonna love what you’re doing, and step into it, and be more confident. And then everyone else is gonna be like, “Holy cow, that person’s incredible.”

But it has to start with you. So stop focusing from the outside lens and what people think of you, and start thinking about yourself and how you think of yourself. Because that’s going to echo much further than any haters out there.

Find the Perfect Partner in Life.

If you are at work, corporate work, freelance work, in your office at home in your pajamas work, whatever work you are doing right now, make sure you have great friends, and partners, and family in your life that are helping you succeed. There’s nothing worse than killing yourself in the office at work and then getting home and just not being respected. Not being loved by your family and friends. So make sure that you’re surrounding yourself with awesome people that wanna build you up.

You are the sum total of the five closest friends. If you have awesome people around you, you’re going to have a better energy. And you’re going to be able to continue to move forward and to thrive.

Speak up for Prejudice.

Yes. If you hear people talking smack in the office, talking crap on the streets, in a room, you know you’re sitting there in a presentation room at a big seminar and someone next to you, “This is crap; I’ve heard this before.” It’s like, “Whoa, hey. Excuse me. I’m trying to listen here. Can you leave your opinion until afterwards? ‘Cuz I’m trying to be fully focused on this person that’s up front here, just pouring their heart and soul out, and good on them for standing up in front of a big room and just giving it to us.”

Don’t let the narrative of negative conversation and cheap talk be in your world. Stand up and be like, “Uh uh. I am not about that, so I’m gonna walk away now, guys. I don’t wanna hear this negative stuff. When you get back to talking about positive stuff, let me know, ‘cuz I’m gonna come back into the room.” Speak up for prejudice

And that’s actually, that’s it. They were my talking points. Thank you to everyone at Sirius People, the recruitment agency. They’re phenomenal.

Their Tech Talks are once a quarter. I’m going to make sure I know about them and promote them on my channel to my communities because I think they were really awesome.

I would love to know if one of these points has really stuck with you. And because of this you’re going to go about your day differently. I know people are like, “Oh my God, you’re super busy, and you got like 10 staff, and you do all these things … “ Yeah, I got time for you. So if you wanna flip me a message, I will totally respond. Like, I’m telling you. I will totally respond to you, okay? I wanna hear your thoughts ‘cuz I think you’re important, too. 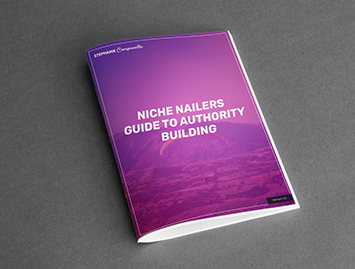 18 Minute Masterclass in Nailing Your Niche™
RSVP to the Actionable Learnings You Can Nail from a Conference You Never Attended Workshop.

A “cookie” is a piece of information that is stored on your computer’s hard drive and which records how you move your way around a website so that, when you revisit that website, it can present tailored options based on the information stored about your last visit. Cookies can also be used to analyze traffic and for advertising and marketing purposes.

Cookies are used by nearly all websites and do not harm your system.

We use cookies to track your use of our website. This enables us to understand how you use the site and track any patterns with regards how you are using our website. This helps us to develop and improve our website as well as products and / or services in response to what you might need or want.

Strictly necessary cookies: These cookies are essential to enable you to use the website effectively, such as when buying a product and / or service, and therefore cannot be turned off. Without these cookies, the services available to you on our website cannot be provided. These cookies do not gather information about you that could be used for marketing or remembering where you have been on the internet.

Performance cookies: These cookies enable us to monitor and improve the performance of our website. For example, they allow us to count visits, identify traffic sources and see which parts of the site are most popular.

Functionality cookies: These cookies allow our website to remember choices you make and provide enhanced features. For instance, we may be able to provide you with news or updates relevant to the services you use. They may also be used to provide services you have requested such as viewing a video or commenting on a blog. The information these cookies collect is usually anonymized.